This is second version of hut innovation. It is not finished yet. But, I write specific precess according to fuction. For example, clicking slice or back button.

Second part explain detail inforamtion related to previous slice. So, If you click each slice in first page, it will be connected to second page associated with each slice. In addition, you can see detail information about that.

Moreover, what if you…

Thanks for Mentoring Experiences

I posted a message on Facebook telling how I'd been involved for 37 years and how my life has been enriched as a result. One of our former students posted this response:

No, THANK YOU for caring when no one else would, you started a movement and I have watched it blossom into something I couldnt imagine back at St. Matthews Church, you and your family have sacrificed so much time, and Im proof that just one person can make such a huge impact on someone's life. Love ya…

This is the middle of my third week here at the Tutor/Mentor Connection, and the learning curve I'm experiencing is feeling like it's beginning to smooth out some, and with some light at the end of this tunnel, I feel as though I'm approaching a new understanding of what not only this site is trying to accomplish, but of how they aim to do it, and of how they aim to prove that they are doing it.  Meeting fellow staff here has been a great help to me in this regard, and many thanks to Matt…

I have modified pyramid concepts. Firstly, I have changed to stairs concept which is piled up gradually. Below is the main page from the presentation (graphic added by DanB). 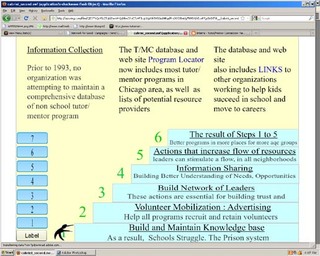 First page is main page which shows title of this presentation.

From third page, the stairs which contain detail…

A few months ago I read this Civic Enterprises report, titled  Untapped Potential: Filling the Promise of Big… 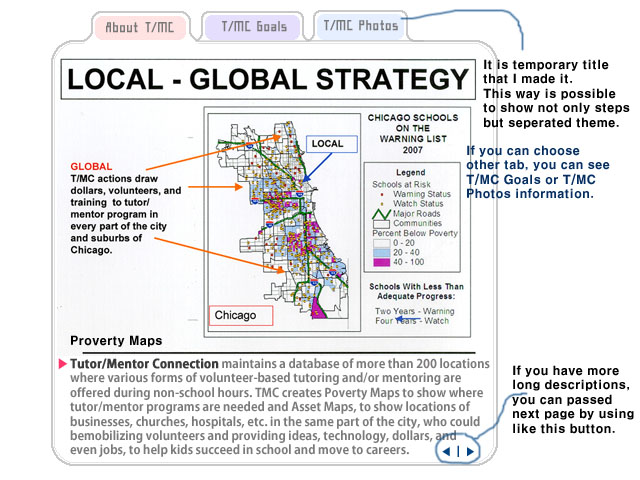 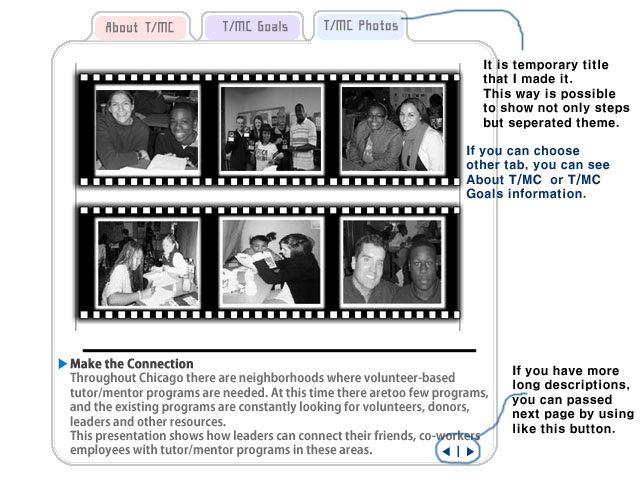 Thanks for entering Cabrini Connections. 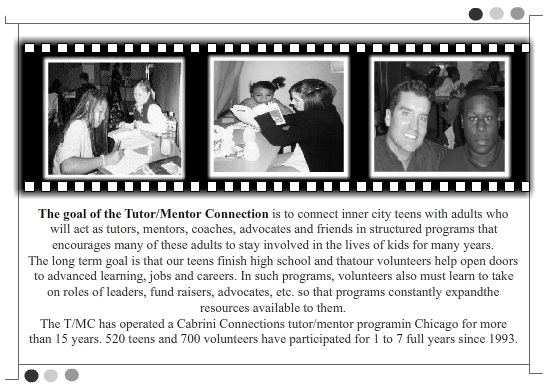 I'd like to make like this by showing diverse pictures. It illustrates the appearance of T/MC, and shows the important role of T/MC. It can keep working not only our previous project but another project. It just idea that I popped up,…

I added background music and image. Moreover, i made a first display. I imitated first page of pyramid pdf file.

Please, leave your comments. I want to make perfect flash animation. I sincerely accept your ideas. ^^;

This is new model based on pyramid model. Basically, we designed stairs concept. This is just draft.

So, I am going to change first page and background images. Have a nice day and be careful not to catch a cold !! 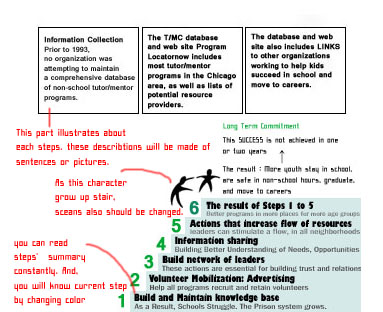 Cabrini-Green: Where Did All The Poor People Go?

Good morning. First of all, let me apologize for not making ant posts the past few weeks. I've been under the weather during the holidays. BUT NOW I'M BACK! I was watching the news Monday night, and I saw a story about the last family to move out of the Cabrini-Green housing projects. Most people in Chicago now think that all former tenants of Cabrini-Green have been placed in sufficient housing,… 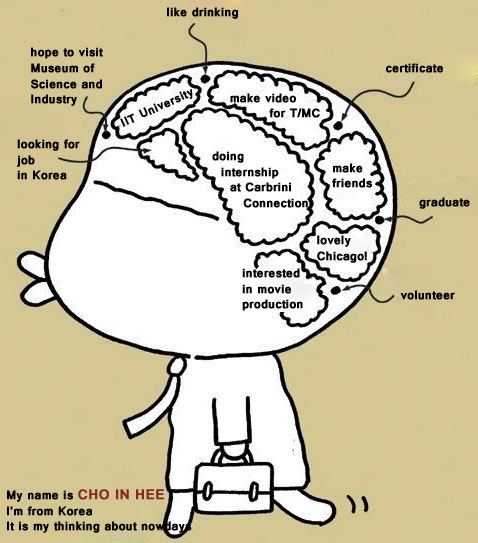 Jongseop's Self-Introduction. Plz, Look at me :) 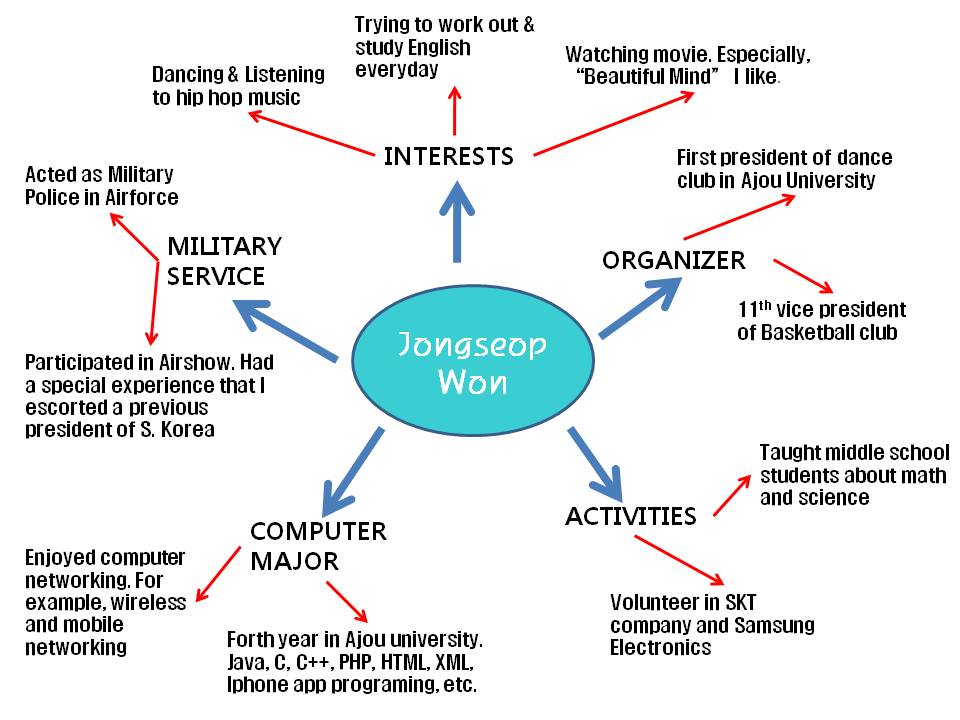 Someone should tell that to the 35 -40 7th to 12th grade teens at Cabrini Connections who live in the Cabrini Green area, either in the Row Houses or the redeveloped property.  I wrote a blog…

As the title of this post indicates, this is my first week with T/MC, and as such, I will begin my blog posts with an introduction to who I am as well as the networks that I am currently involved with.  For starters, I am an intern from the Adler School of Professional Psychology where I am a first year student in the Marriage and Family Therapy program.  This program emphasizes a systematic way of thinking, and to identify problems not just individually, but to be able to look at them on a…

Example of communicating ideas via animation and visualization

This video is important because if focuses on education, and because it demonstrates a way to use animation to communicate complex ideas and keep the viewer involved.  This would  be a skill that would be valuable in communicating the ideas of the Tutor/Mentor… Continue

As we enter 2011 the economy is still a mess and the competition for resources to fund non profits continues to grow. Thus, we need to be more creative, think smarter, and keep learning from the wisdom of others.

This article is one that I encourage you all to read. It talks about how your Twitter, email, or Facebook post can generate more response if it can connect…