Here's a link to a Community Collaboration web site that might be a useful networking tool for many of the people who are members of the Tutor/Mentor Connection on ning.

Interns from Asia, South America and US Universities

Most non profits are chronically short of dollars to hire all of the staff they need, and during this economic turmoil, this is particularly true. Thus, it's great when the non profit can recruit interns to help do important work.

If you browse the groups section you can see how interns from Korea, Michigan and IIT have been helping the Tutor/Mentor Connection visualize some of its ideas. You can connect with interns who were… Continue

Volunteerism in multiple ways and settings . . . .

In response partly to an earlier message from Dan Bassill regarding raising support on behalf of grassroots organisations in the developing world.

I am co-founder of a small trust operating in Zimbabwe. We provide drama and arts based activities with young people living on the street.
Would anybody like to consider volunteering in this country in the not too distant future?
I am currently engaged in remote fundraising support by way of project bids… Continue

At Kids Learning Adventure, I help by giving them snack and after snack I help them with their Homework. When they are playing I just make sure everything is okay.

What can we expect from the philanthropic community in this new economic environment?

Consuella Brown, The Woods Fund
The bad news:
• Don’t rely on government stimulus money – most of it has been or will be spent to plug up deficits.
• Foundations have experienced significant drops in assets. It’s serious enough that they are having to consider cutting staff. While… Continue 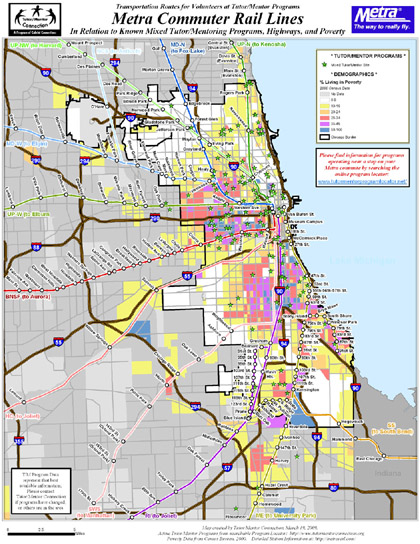 This map is one of the images I shared in the March 2009 Tutor/Mentor Connection eMail newsletter, which you can find on the T/MC web site.

This map can also be seen at the Mapping for Justice web site, along with an article explaining… Continue

This summer, the Youth Ready Chicago program will provide up to 7,300 youth
with a government-subsidized paid work experience operating via a system of hubs
and worksites. The Department of Family and Support Services (FSS) is seeking
proposals from qualified organizations to serve as hubs for the Youth Ready
Chicago program.

Children cannot focus on learning when they are worried about living.

In this school year alone, 25 Chicago Public Schools children have been murdered. As shocking as that is, that number doesn't begin to tell the real story of how deeply violence is a part of the everyday life of Chicago's children.

Chris Warren, who is serving a one year fellowship with Cabrini Connections, Tutor/Mentor Connection, has written a blog post showing how the T/MC seeks to work with teams from universities, professions, businesses, hospitals, etc.. You can read this at http://chrispip.blogspot.com/2009/03/campuscatalyst-cabriniconnections_07.html

We have many groups growing within the Tutor/Mentor Connection Ning.com page, and our aim is to help each group adopt the ideas Chris is writing about, so… Continue

Role of Interns and volunteers

I encourage you to visit the groups section to see work done since January by interns from Korea and India (by way of Illinois Institute of Technology and the University of Michigan. 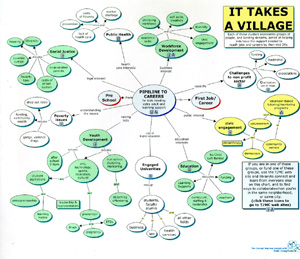 Softscripts was established in the year 2003. Our main motto is to help in eradicating illiteracy from the world ,so we developed a platform connecting tutors ,teachers and professors with students and renting books online in an easier way . Teachers can showcase their classes to the world. Students can reach teachers in a better way .

In May 2008 I invited interns from Korea who were spending a month in Chicago as interns with the Tutor/Mentor Connection to look at the Chicago Tutor/Mentor Programs listed on the T/MC web site, as a first-time visitor.

Here are questions we've asked them to consider:

Hello everyone,
My name is Anne Gallo and I am the director of the school based mentoring program for Big Brothers Big Sisters of Middle Tennessee. Unfortunately are working in a failing school system that has been taken over by the state which has made my job very interesting and never dull! I am excited to be a member of the blog and hope that I am able to bring some value to the conversations.

In 1998 we began putting information on the Tutor/Mentor Exchange web site, expressing our vision and ideas. While we've had people contact us and ask for permission to use the articles, we know that the layout has been pretty ghastly, and discourages people from browsing.

That has changed. On January 12 we launched a new Tutor/Mentor Institute on the http://www.tutormentorexchange.net site. I hope you'll take a look, browse the… Continue

As you make your New Year's Resolutions, please consider the following suggestions:

2) Volunteer your TALENT to help a tutor/mentor program grow; you can help with technology, marketing, communications, auditing, and many other ways

3) Invite friends to this Ning group

4) Make a donation to Cabrini… Continue

To: Friends of Cabrini Connections, Tutor/Mentor Connection The Annual Holiday Fund is the major fund raising campaign of the year. It provides the dollars needed to keep youth and volunteers con… 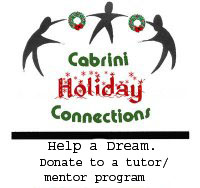 The Annual Holiday Fund is the major fund raising campaign of the year.

It provides the dollars needed to keep youth and volunteers connected in
one on one and group mentoring and Learning. 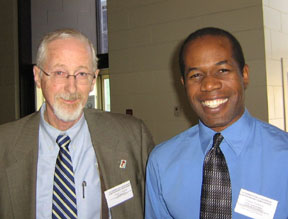 We held the Tutor/Mentor Leadership and Networking Conference in Chicago on Nov. 21. It was hosted by the Chicago Field Museum. Welcoming remarks were made by Dr. Clinton Nichols who has worked at the Field Museum since 2006 as an Urban Anthropologist in the Division of Environment, Culture and Conservation. Dr. Nichols hosted a panel at the conference as one of many new friends that we made during the day. Below are his welcoming… Continue

Thanks for coming to the Tutor/Mentor Leadership and Networking Conference

Hello everybody, I just wanted to say thank you to everybody who helped out and attended our 2008 November Tutor/Mentor Leadership and Networking Conference. It was great putting faces with all the names of people who I had been in contact with over the phone and internet.
Anyway, I JUST posted a blog post on the conference at my blog http://nicolecabrini.blogspot.com
If you wrote about the conference in your blog, let me know!

Thanks for having me out! I got a ride back to the office with Shane from AUSL--turned out we had a geogrphy connection, she lived for 5 years near where I grew up.... and I learned that she and her husband are jazz fans! So consider us connected, thanks to Dan, Cassina, Nicole et al.

One thing that stuck with me after the panel based on what folks said and our own experience: Use Facebook to recuirt people to go drinking for a good cause. That's a winner, for sure (thank you, Jane… Continue

With the help of Andrew Pincon of the Digital Workforce Education Society I did a web presentation this week to show some folks in Indiana the resources on the Tutor/Mentor Connection web site. Here's the presentation if you'd like to listen to it: