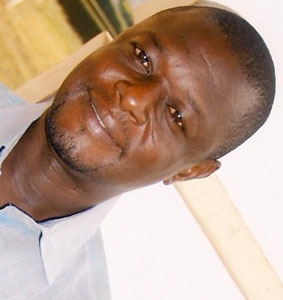 "I've posted a number of articles regarding network building and network analysis at http://www.tutormentorexchange.net/sna  If you can find help from universities in Europe, the US, and/or Africa you can begin to map your network, and…"
May 5, 2013

"Thanks Dan. I'm happy to share. The work of building the network has been slow and now I have the responsibilty of mentoring around 30 others while preparing them to be able to mentor others too. This is being done under the Generations For…"
May 4, 2013

"Thanks for sharing. Looks like you're building your network!  Congratulations."
May 4, 2013

During the 2013 Generations For Peace Samsung Advanced Training, Amman, Jordan (April)
May 4, 2013
3 Comments

"Thanks Dan for this suggestion. As we  continue making contacts and discussing with government and policy makers, we hope at least one of them will key into the vision."
Mar 3, 2011

"Looks like a great opportunity to enlist the Deputy Governor's support.  We have a new Mayor in Chicago. I posted this article the day after the election. Imagine if your Deputy Governor or a high profile athlete or entertainer were…"
Feb 28, 2011

About Me:
I am inspired by the opportunity to create opportunities for others.

What do you hope to learn, or share, on this forum?
Hope to learn from the experiences and knowledge of others on the site as I also share my own.

Daniel Bassill said…
Thank you for giving "thanks" in your new blog. I hope that we can use these to help more people connect to us, our ideas and our networks, and to the programs we support. If you search Google for "tutor mentor" and click on Images you will see many maps and graphics that I've put in my blogs in the past. You can download these to your computer and use them in your own blog if they fit your message.

This site is all about "networking" and "learning" about the different ways we're all working to help kids through school and into jobs and careers. What you do in one program might be a good idea for me or others in another program if we were to learn about it. In addition, this site intends to identify common challenges to operating non profit organizations who depend on charity or government funding to provide their services. We are not equally able to find these resources and thus not all programs can provide the same level of support to their kids.

If we talk about these issues in a forum like this, maybe people can work together to solve some of these problems.

Benson Sandra Oluchi said…
Hy Abdiel, pls give me detail of what this site is all about. What do u mean by telling Dan what i do and stuff. Thanks for the connection, see yea

John Powers said…
I'm sorry for being so slow to reply. I don't speak French.

Forgive me for going off topic. It's very odd how "Africa" is imagined in the USA. The European languages provide a way of easy communication and it's a sorry state that French and Portuguese speakers are so often ignored.

You are a bridge person Abdiel. People like you are so very important. I'm scratching my head for ideas about best ways to engage French speakers in social networks that are mostly English speaking. It's an issue not just for Ned, but more generally social media sites.

Jennifer Brea is still the Global Voices French Editor (I think). She's networked with some people at Ned and the old Onet. Anyhow Global Voices is one avenue for cross-language connection. I also think that if posts in French were posted at Ned French speakers would come out of the woodwork.

Being a slightly ridiculous person I've experimented some with using machine translators to carry on conversations with people who use another language. I'm not saying anything remarkable in reporting that results are mixed. Perhaps being one who sees the glass as half-full, I think machine translating is great. At Ned I suspect the gist of conversations would get across and fluent speakers would sometimes step in to facilitate conversations.

All that running around the topic really comes down to a hope that connections to Francophone Africa could become more common. You are right that a bridge person or more really can make or break such initiatives. Alas, I'm not the guy. Still I encourage you in your work towards a very worthwhile goal.

John Powers said…
Hi Abdiel, yes it is me at Ned--lol, and I did send you some feedback points. I like to spend the points as soon as I get them. I particularly like that you are from West Africa. There is little or no representation at Ned from Francophone countries. I'm as ignorant as most Americans, and there is a common malady among us not to recognize the greatness of the African continent and the great diversity. Africa's a country, right? By participating you help me to gain a more realistic perspective.

Daniel Bassill said…
Great pictures! Are these from your meeting last month?

Please note that the system did not send me any password as at your last mail.

Daniel Bassill said…
You are now listed as a "recorder" in the OHATS at http://www.vattsystems.com/ohats/Home.aspx

I'm not sure if the system sends you a password. If you don't have one, email me and I'll provide one.

Once you can log in under your username, you will be able to "create new event" which will provide a set of screens for you to document your actions. The first message you might post is that you are now a recorder. Then you would want to document actions that help you build
a) knowledge about tutor/mentor programs in Africa, or in your part of Africa, as well as about programs like T/MC in other parts of the world

b) public awareness, advertising intended to get more people looking at the information on your web site

c) facilitation and training; which are efforts on your part to help people understand the information on your site, my site, and other places where they can learn about how to support volunteer-based tutor/mentor programs

d) resources - the goal of the first three steps is to increase the flow of dollars, volunteers and technology directly to you, me and everyone else who is operating a tutor/mentor strategy. If a donor makes a major gift, then that would be good news to document