Tutor/Mentor Leadership and Networking Conference held in Chicago, May 8, 2015 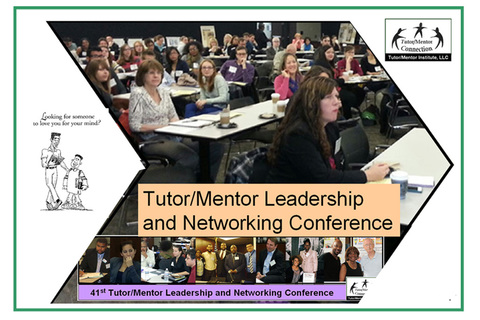 We hosted two Tutor/Mentor Leadership and Networking Conferences in 2014 at the Metcalfe Federal Building, 77 W. Jackson, in Chicago.

The next conference will be Friday, May 8, at the same location.

The agenda for the November 7th conference can still be seen at http://www.tutormentorconference.org/agenda.asp

Before, during and after the conference you can use hashtag #TMConf_Chi to connect on Twitter.

Thank you to Jordan Hesterman of Becoming We the People for helping to organize this event, and taking on the role of fiscal agent for conference sponsorships.

The conference is part of an on-going strategy started in 1993, intending to help raise visibility and draw volunteers and operating resources to every volunteer based tutor/mentor program in the Chicago region so each can constantly improve the impact they have on kids and volunteers who are part of their programs. Read more.

Since most people in this forum, or even in the Chicago region, will not be able to attend the conference, due to distance, schedule, or other reasons, my goal for many years has been to bring the networking, idea sharing and problem solving among programs to on-line forums such as this.

Introduce yourself and tell what challenges you face in operating your program and maximizing your impact.  What works that you'd like to share with others?