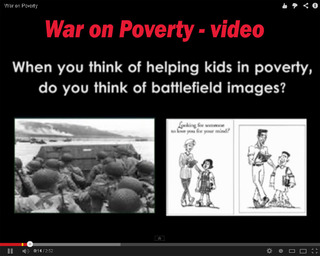 For the past eight years (since 2006) interns from various universities  have worked with Tutor/Mentor Connection and Tutor/Mentor Institute, LLC for periods of a week to a semester. During that time they have built their own understanding of the goals and strategies of the T/MC and have then created visualizations that reinterpret these ideas in a new, and hopefully, more interesting, way.

The graphic shown at the left is from this video, done in Spring 2013, to illustrate the strategy described in this article.

Visit this blog and see how 2013 interns created visualizaitons that highlighted work done by other interns in the past. Scroll through posts going back to 2006 and meet our interns and see other work that has been done.

In October 2011, I began posting illustrated essays on http://www.scribd.com/daniel-f-bassill-7291 which had originally been posted in the library on the Tutor/Mentor Institute site. As of December 2013, these had been viewed 74,000 times by people from around the world.

During the 2014 and future internships my goal is that students will continue to create new visualizations, and will innovate ways to increase then number of people reading them and then spending their own resources and talent to help high quality, volunteer-based tutor/mentor programs thrive in more places. 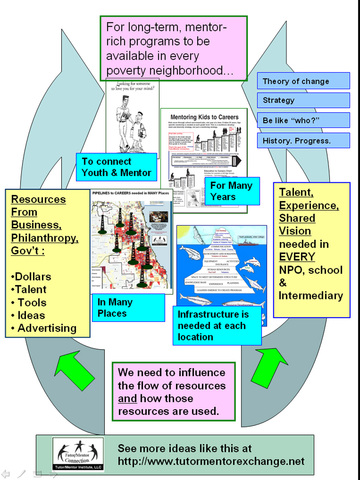 Interns working with Tutor/Mentor Institute in the past have done a great job building new visualizations that offer a different  understanding of graphics I've created.

During the Jan/Feb internship I hope my two new interns will try to build a new interpretation of this graphic, which is included in this blog article.

The graphic intends to show that intermediaries, like myself, need to influence what resource providers do to support youth tutoring/mentoring programs and young people while at the same time influence what programs do to constantly improve their impact and to be available in more places where these programs are needed.

Without resources programs cannot improve. Yet without the motivation to learn from others and constantly look for ways to expand impact, extra resources have little impact.

If you're working with youth in a high school or college service learning program, or a youth tutor/mentor program, you can build your own interpretations of graphics like this and use them to build support for youth programs in your own community as well as in the Chicago region. 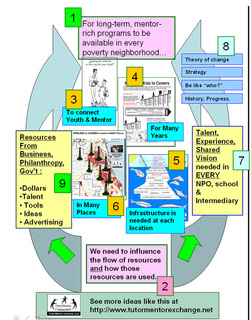 I created an article on the Tutor/Mentor Blogthat breaks down this graphic into components.

Sunjong Yoo will be working on this for the next two weeks, creating a new interpretation. 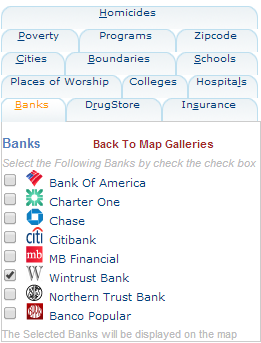 I cannot tell you how excited I am to see the work that our Jan-Feb Interns have been doing.  Byungkwan Jang has been updating the Interactive Map Platform of the Chicago Tutor/Mentor Program Locator. Last week he updated the list of banks on the asset map  section and today it looks like he's found a way to fix the boundary sections that have not been working for a few months. Read an update here.

At the same time Sunjoong Yoo has created five videos and is working on a sixth. See his work on this blog.

This illustrates the impact young people can have on social benefit organizations like mine. I hope that young people throughout the world will get involved in efforts like this and that alumni from this project will find ways to continue to be involved in the future as they grow their own careers.